Search Engine Optimization, more popularly known as SEO is the backend work that goes into helping the ranking of your website or pages in the search engines. SEO used to be a pretty basic set of operation that has now developed into a more complex and nuanced discipline. Lets look at some of the highlights of SEO’s evolution:

With Google’s rise, and the subsequent growth of the internet, any and all businesses wanted to better their rankings. Google’s algorithm was mostly based around external links, as a result the two primary differentiators at the time were on page factors such as Title and keywords and the number and quality of the inbound links. Marketers discovered this quickly enough and the system was abused. Subsequent all the search engines made changes to prevent this sort of abuse. 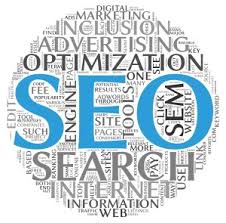 The next evolution was the logical extension of the inbound link, which was the anchor text, or the text used to describe the link. This meant that inbound link juice was counted against the search term. If your search term was “blue widgets”, any page that had blue widgets in the text linking to their page would get a boost. Once again after incidents like “miserable failure”, this was also deprioritized.

Now we live in a more mobile social world. The number of signals that goes into determining search ranking is now in the hundreds. They now count everything from social popularity, https, site speed even down to the way the site looks.

We are already in the middle of the next evolution, which is the indexing and ranking of in-app content.