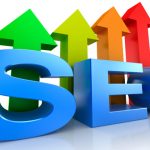 Article by Pierre Zarokian Organic SEO involves using a variety of techniques and methods to help your website climb through search engine rankings. Even though SEO can be highly profitable for many business owners, there are still some who don’t want to invest much in it as the results are far from being instant. A
Read More

Article Written by Pierre Zarokian. Search Engine Optimization, more popularly known as SEO is the backend work that goes into helping the ranking of your website or pages in the search engines. SEO used to be a pretty basic set of operation that has now developed into a more complex and nuanced discipline. Lets look
Read More

By Pierre Zarokian from ReputationStars.com Your reputation is important, especially if your one of the millions who are out of work and looking for a job. You may be one Google search away from employment, so you don’t want sites like TheDirty.com creating problems for you. Sites like TheDirty prey on people who think the
Read More

Article written by Pierre Zarokian of Reputation Stars. Now that ICANN is making .sucks domain names a reality, big brands will need to figure out whether the costs of owning that real estate would outweigh the potential damage. Up till now, the most a company had to deal with was a controversy on social media,
Read More