Skip to content
HomeSEOWhat is known so far about RankBrain 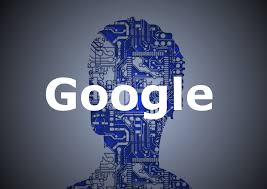 Google is using machine learning to improve its search engine results. The system, known internally as RankBrain was first revealed by Bloomberg and eventually confirmed by Google. Here is everything that is known publicly about the new ranking signal:

RankBrain is the name of Google’s maching learning AI system that functions as one of the ranking signals for its search engine algorithm. Machine learning is where the system (or computer) learns and teaches itself over a period of time. The longer and more inputs it has the better it gets.

It is the third most important ranking signal in the search engine algorithm. Here it is from the bloomberg article:

“RankBrain is one of the “hundreds” of signals that go into an algorithm that determines what results appear on a Google search page and where they are ranked, Corrado said. In the few months it has been deployed, RankBrain has become the third-most important signal contributing to the result of a search query, he said.”

From what has been rumored so far, it appears that RankBrain is query refinement tool rather than an outright modifier. What this means is that it will not affect individual pages in the index ranking directly. Instead it finds better matches for the query entered. For example, a search query for “good florist nyc” might have its own results. However the query “best florist in new york city” will have more data and is likely to be more accurate so RankBrain will identify that query with this and show these results instead.